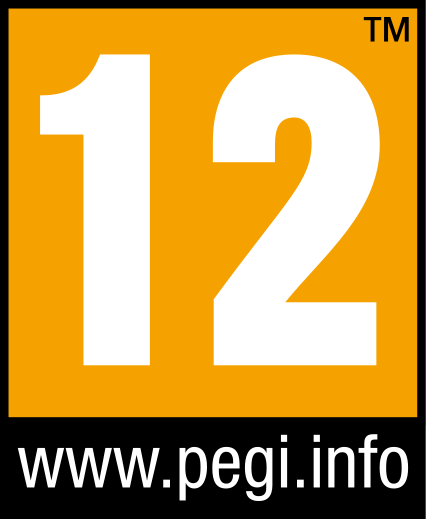 The Sims return yet again in this third full evolution of the long-running and always-expanding sim series. In this home console version of The Sims 3, players will be able to create Sims with unique personalities, fulfill their desires (... or not,) and control their lives within a living neighborhood. Additionally, all-new features make it easier than ever to mess with life as players can unlock the ultimate "Karma Powers" for instant control and unleash them on their Sims. Players can help their Sim "get lucky," bless them with "instant beauty" or be deviant and curse them with an "epic fail." But players should use these powers wisely?they may have unexpected results and karma may come back to bite. Rich, immersive gameplay is complimented with a seamlessly integrated exchange system, and gamers will be more connected than ever before as they design, build, and share their creations and download content from other players around the world without ever leaving the game. Facing short and long term challenges, players will reap rewards and trophies and can even share achievements with friends by connecting to Facebook.

The iconic survival horror shooter Metro returns in Metro: Redux, a fully re-mastered and improved versions of both Metro 2033 and Metro: Last Light. The original game has been rebuilt in the latest and greatest iteration of the 4A Engine, bringing all the graphical and gameplay improvements from Last Light to Metro 2033 Redux. Also included are all previously released Season Pass add-on content -- a further 10 hours of single-player gameplay. In addition, the legendary Ranger Mode returns to both games, providing the most immersive and challenging experience as the HUD is stripped away and hardcore rules apply. Both campaigns can be tackled in 'Spartan' or 'Survival' play styles, and the legendary Ranger Mode is also included in each game. The world has been devastated by an apocalyptic event. A handful of survivors took refuge in the depths of the Moscow underground, and human civilization entered a new Dark Age. An entire generation has been born and raised underground, and their besieged Metro Station-Cities struggle for survival, with each other, and the mutant horrors that await outside. You are Artyom, born in the last days before the fire, but raised underground. Having never ventured beyond the city limits, one fateful event sparks a desperate mission to the heart of the Metro system, to warn the remnants of mankind of a terrible impending threat. But will they even listen? Rather than stand united, the factions of the Metro are locked in a struggle for the ultimate power, a doomsday device from the military vaults of D6. A civil war is stirring that could wipe humanity from the face of the earth forever.

Manage your club, your way -- every decision counts in Football Manager 2020. New features reward planning and progression, empowering managers to develop their prospects like never before as well as both the club?s and your own unique managerial identity. They say football is a game of dreams. Well, managers are a special breed of dreamers... Take full control of your youth team operations in a new all-encompassing hub. Nurture your young stars from the moment they arrive at your club and through the youth ranks until they?re ready for first-team action. Develop a culture, work with the board to achieve ongoing objectives and plot a course for your club to progress in seasons to come. FM 2020 also has whole new way to define a player?s standing in your squad. Build in current and future playing time across the length of a contract, defining a clear pathway from Fringe Player to Star Player and everything in between. On the pitch, redesigned player and manager models, improved lighting and overhauled field visuals combine to create the most realistic and best-looking match experience to date.

I enjoyed questing through FF IX.

The ninth installment in the long-running RPG series and the final for the original PlayStation, Final Fantasy IX gives fans of the franchise the nostalgic thrill of re-experiencing the visual style, gameplay elements and overall spirit of the 16-bit Final Fantasy games of the 8/16 bit eras. In a picture book-like world of fantasy, Zidane the thief, Princess Garnet and Vivi get tangled up in an emotional and magnificent crystal adventure! The main story centers on Zidane Tribal, a young thief who quickly becomes engaged in a quest to save the world, along with Vivi Ornitier, a young black mage, and Princess Garnet, heir to the throne of Alexandria. The game features detailed polygonal character models and lush pre-rendered backgrounds. They all combine for an unforgettable adventure!